Citizen Science: The Life of a Snowflake

Presentation Description: “The Life of a Snowflake”. Come uncover the mysteries of a snowflake! Did you know most precipitation at our latitude starts as snow? You’ll learn how snowflakes form and grow, as well as how and when they transform into other forms of precipitation. 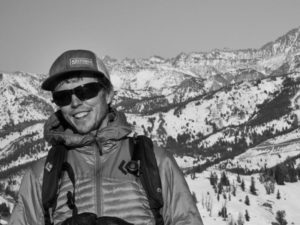 Ethan, a forecaster for the Sawtooth Avalanche Center, became interested in weather, and particularly snow, at Anthony Lakes, a small ski hill in rural Eastern Oregon. After attending the University of Idaho and earning a BS in Geography and minor in Mathematics, he followed an interest in winter storms and earned his Master’s degree in Meteorology from Pennsylvania State University. He grew ice crystals in a dark lab for three years, then returned to the light as a forecaster in Alaska and Colorado before making his home in Idaho in 2015. When not playing in the snow, you can find him camping, backpacking, hunting, and climbing with his wife and two young boys.